Where I work, we have been public cloud hosting Microsoft products for almost 20 years; long before ‘the Cloud’ ever existed. Over the last several years, we have been retiring products such as Exchange and Skype for Business as they became better and more cost-effectively delivered by Microsoft and Office 365. One of our few remaining products is a Desktop as a Service offering called Managed Desktop.

Managed Desktop is based on Windows Server’s multi-session capability and allows us to share resources to multiple users and gives our customers anywhere access to their desktop, apps, and data. It does its job, but it’s feeling pretty dated these days – making Windows Server look and feel like a modern desktop environment is difficult, and that’s without mentioning all the other bug bears. In all honestly, we thought remote desktop was on the road to nowhere and have built a modern replacement based on Intune over the last few years. Like anything, Intune is not perfect, and it doesn’t beat Managed Desktop in all categories.

We have since been incredibly surprised at the receptiveness to Azure Virtual Desktop among all those that we demo it to. They are excited by the problems it can solve for them, all the while getting a fast, modern desktop experience.

So why the heck would anyone be excited about remote desktop?

The prevalence of cloud-based solutions has made it easy to consume technology directly over the internet to your computer and from anywhere. So why would anyone be excited about remote desktop and centralising desktop delivery? After all, one of the key reasons you would choose to do this is to provide simplified access to on-premises services. Also, it’s been around for an eternity, feels dated, and Citrix, VMWare and other vendors have been doing a decent job of making it usable.

Well, the most obvious reason I can produce is that businesses want cloud. Most customers I deal have some cloud footprint already and are aiming towards a target that sees all on-premises servers gone. Where most get stuck, is that some line of business apps cannot be easily or cost effectively moved to the cloud. Either the vendor is stuck in the dark ages and their app has no hope of ever being cloud native (at least not in the near to mid-term) or moving to a cloud equivalent is a time consuming and costly exercise.

Azure Virtual Desktop can help these customers remove those last few servers. Azure Virtual Desktop is a Desktop as a Service solution that provides a cost-effective way to host desktops in Azure. Line of business apps can be installed directly on the desktop image, and where they require a backend server or database, virtual machines can be used.

Azure Virtual Desktop is not just a way to host line of business apps; it holds its own as a viable way to deliver end-user compute too.

From an admin and business perspective Azure Virtual Desktop has some additional benefits:

We’re not the only ones interested in Desktop as a Service (In part due to COVID-19 having us work from home en-masse). The Digital Workspace Deployment & Performance Monitoring 2020-21 Survey Report has some interesting facts:

“The pandemic forced most people to work from home. Some organizations had to
deploy digital workspaces from scratch. Others had to scale their deployments to
unexpected levels. Executives focused more on digital workspaces like never before as employee productivity was paramount. Scalability, performance, troubleshooting of digital
workspaces came into focus.”

We here this a lot. But there is nothing to be worried about if you plan and monitor well. Based on a well-designed environment that automatically scales resources, we are getting some very cost-effective results:

You will also need to licence the version of Windows that your run on your desktops. Some Office 365 and Microsoft 365 SKU’s include the required Windows licencing for your virtual desktops.

Hopefully, you have taken enjoyed this Azure Virtual Desktop Review and it’s perked your interest like it did ours. Azure Virtual Desktop is a very viable solution for the modern workplace. It’s the only solution that supports Windows 10 multi-session, providing a very cost-effective way to deliver a modern desktop experience in line with user expectations, its fast, and solves some of the management complexities of a fleet of hardware endpoints. If you haven’t considered Azure Virtual Desktop, you should. 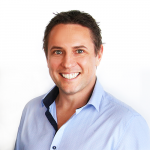