Private Channels in Microsoft Teams are now rolling out and will start appearing over the coming weeks – there are going to be some happy people – private channels is the most popular request over on User Voice.

For those that aren’t aware, Private Channels are channels that only specific members within a team can see and participate in. Use them to focus collaboration among your project team – without the burden of creating an additional team to manage.

A team owner can see all Private Channels in the team and can delete them, but cannot access them unless they are a member. A team member only sees the Private Channels they’ve been added to.

During the standard team creation process you can now select “Private” under the Privacy section: 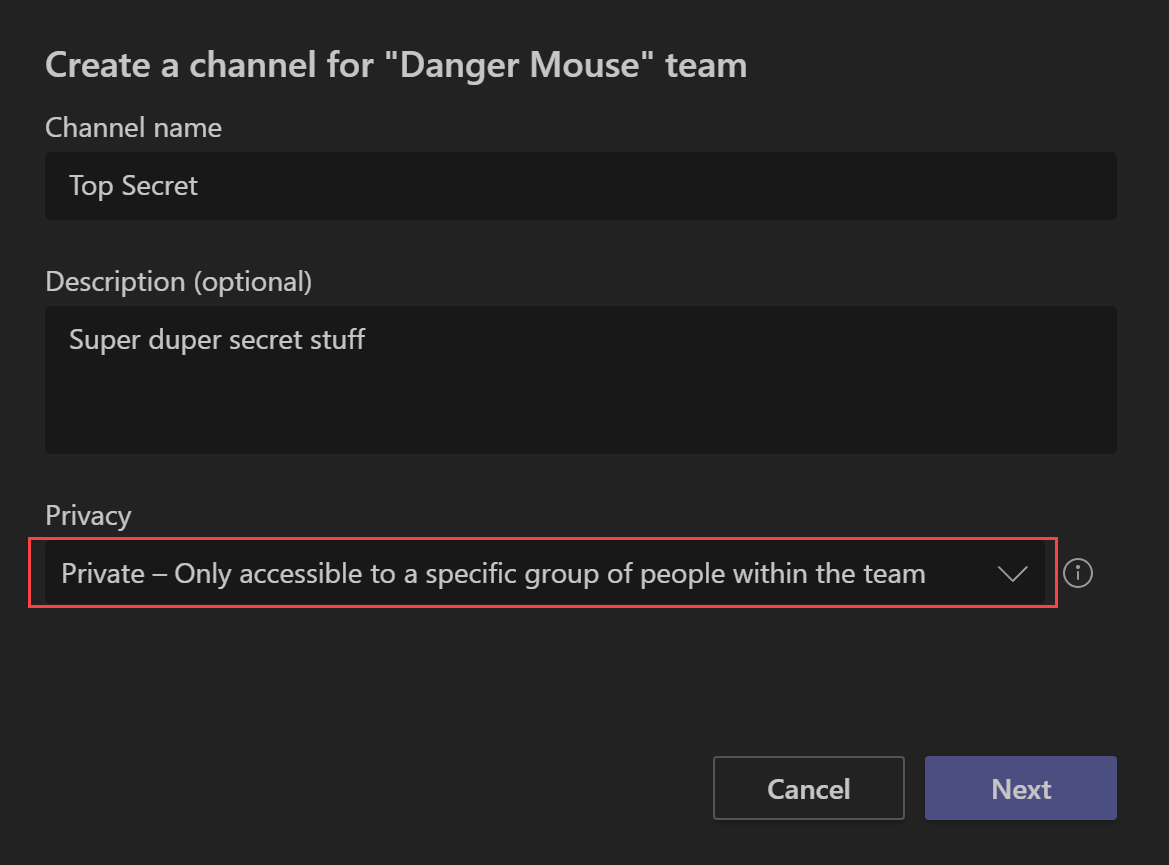 Just like when creating a Team, you can add users during the creation process:

Private Channels are shown with a padlock as seen below:

In the top right of a Private Channel there is a quick way to manage team members. You also get the “Channel” icon that indicates channel level security (standard channels show “Team” to indicate Team level security): 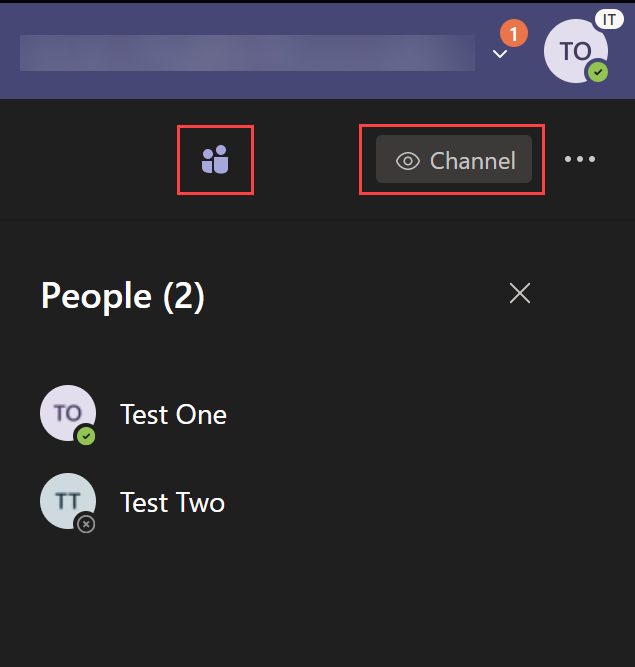 Team members can be managed under “Manage Channel”:

Settings for Private Channels are also available in the same location: 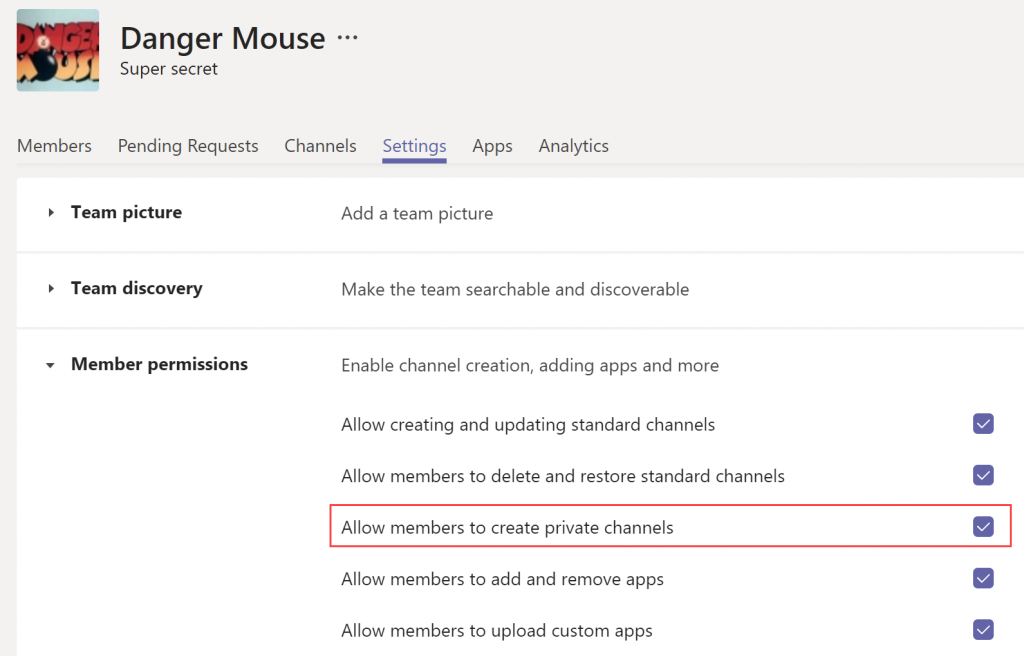 When you create a private channel an new site collection is created named <Team>-<Channel>:

Something I don’t like is that documents are not stored at the root of the Documents library. Instead, you’ll find them in a folder named after the channel as you would a non-private channel. Given that there will only ever be a single channel within this site collection, I’d like to see this behavior changed. Here’s what it looks like:

Creating private channels will be turned on for all users by default but can be controlled using the TeamsChannelsPolicy:

You can also configure this in the Teams admin center:

Look out for private channels in a tenant near you. They should show up in most tenants over the next few weeks. Let me know what you think.

Check out the official documentation here: